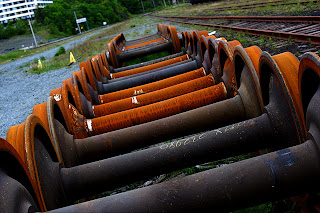 Went for a walk the other day and found some train wheels sitting in a pretty row. Got a few interesting shots. This one was inspired by my friend Jim who reminded me that you do not always have to have a straight horizon.

While I took a few shots the way I would normally have taken them I also added in a couple with a deliberately skewed angle. I was happy with this one as I liked the convergance of the parallel lines but I'm still not 100% happy with it. I think
shooting in this manner has possibilities, certainly Rick Mercer has used it quite well in his rants. 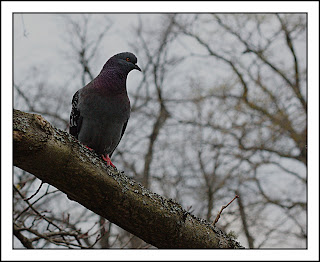